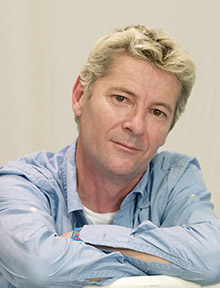 After completing his training at the Royal Ballet School, Kenn joined Scottish Ballet, where he quickly rose through the ranks to become a principal dancer. During his time with the company he danced leading roles in Othello, Romeo and Juliet, Le Spectre de la Rose, Swan Lake, The Nutcracker and many other works. He appeared as a guest artist with various companies, including National Ballet of Portugal.

In 1988 he was invited to join Hong Kong Ballet as a Principal Dancer. Whilst still with the company he staged Jack Carter’s Three Dances to Japanese Music and Peter Darrell’s The Nutcracker. He returned to Scottish Ballet in 1990 and was appointed Artistic Director of Scottish Ballet 2, which performed small scale touring works throughout the UK, China and Malaysia. In 1992 he was then made Assistant Artistic Director under Galina Samsova until 1997 when he became Artistic Director.

Since leaving Scottish Ballet he has assisted Galina Samsova in staging her productions of Swan Lake and Sleeping Beauty, staged Le Spectre de la Rose for the Royal Ballet and is a guest teacher for the Teatro dell’Opera in Rome.

Kenn has been the Artistic Director of Dance at the Dance School since 2012.